I don’t know about you, but it seems as though I have experienced more forms of rejection than I can count. I remember liking a boy in middle school, praying and wishing he likes me back, only to find out he liked another classmate. I remember running for a student body position in high school and losing. Oh, and how can I forget about the time I decided to “step out of my comfort zone” and participate in a talent show, only to lose to my little sister. You would think that I would be use to rejection, that I would have somehow developed thick skin. And yes, I have developed somewhat thick skin; however, that doesn’t change the fact that rejection still sucks. While some of the world’s most influential people have experienced rejection, rejection still hurts and rejection is difficult to deal with. What’s funny is that as you get older, rejection becomes more commonplace. However, this time, the stakes are higher. No longer are you being rejected in the form of not winning a talent show, but now it’s rejection in the form of not finding a job or not falling in love or not graduating school. This kind of rejection hurts far more.

Lately, I have been hit with the rejection blues. As a law student in my last year, I am on the prowl for post-graduate employment. Everyday I search the job postings and apply to jobs, and everyday I get an email or letter indicating that I was not good enough and to try again. I feel a sense of defeat. I question whether I am good enough, whether I am ever going to find a job. “Maybe I should give up?” I think to myself. And it doesn’t help that all my peers have jobs lined up where they will be making six-figures. I often wonder, “why me?”

I found myself surfing the Internet trying to find out how to deal with rejection. Then an epiphany hit me, “why not just write about rejection?”  I am searching for an answer that I can only answer.

So how do you deal with rejection. Well, I have learned 5 things that have helped me put rejection in perspective. These things have made me resilient in the face of rejection and I hope they will do the same for you.

This is by far the most important take-away point: do not, I repeat, do not take rejection personal. When I was younger I would take rejection so personal. I would literally feel like a failure. However, it’s not (always) about what you did wrong that caused the rejection. More times than not, it’s about things outside of your control. For example, in the case of applying for a job, if you know that you have the personality and ability to excel at the position, but the job requires a certain GPA that you don’t have, don’t take it personal. It has nothing to do with you as a person, it’s just the way of the world. So many things are outside of our control. Learn to let it go.

What is the point of growing older, if you aren’t growing wiser. One of the most important things to do when faced with rejection is to understand why you are being rejected. Understanding why will allow you to move forward and not make the same mistake again. Even if the other person (whether it be a hiring manager or lover) isn’t being receptive, still let your feelings be known and then move on. In the case of a job, I recommend following up with an email asking the recruiter or hiring manager for constructive criticism. Now, majority of the time, they will not give you solid criticism, which bring me back to my first point, but at least you tried. I also recommend asking a sibling or friend about your personality and whether you played a part in the rejection.

This is where I often fail, but this is a super important point to understand. When you are being rejected, there is likely one emotion going through your mind: anger. This anger causes you to act irrational. I remember one time when I applied for a job and literally the next day, I received the “rejection email.” I was so frustrated that I quickly typed up a response and pressed send. I probably ruined any chance of working with that company. So when faced with rejection, think before you react. Also, think before you decided to give it a second chance. Ask yourself, why you are trying this again? Is this something that you really want?  I again have fallen victim to this, believing that I wanted something, only to try again and be denied again (which makes the rejection more painful) or only to try again and figure out that I didn’t actually want it.

Very, very important. This is the key to facing rejection head on. Don’t just sit around waiting to be rejected, be creative and create your own platform. If you are trying to get a job, create your own side-job in the meantime. Maybe this means creating an eBay business, blogging, or creating a YouTube or Instagram business. In the context of relationships, maybe this means online dating. Make an effort to go out and meet new people. Better yourself through self-care. I know that none of this will bring your “ex” back, but at least you will be improving yourself as you wait for Mr. or Ms. Right. You will also find that you will start caring less and less about the rejection.

Have you every heard of the saying that opportunity is when preparation meets luck? Well, while you may not currently have the luck, you can have the preparation. It is important that when overcoming rejection, you learn to prepare yourself to prevent rejection from happening again. This is a hard point to practice because it does take a lot of work. But if you really want to overcome rejection, you must do the necessary work to not be rejected again. This means studying to get good grades, practicing for the job interview or talent show, and reading/listening up on significant issues. I am going to let you in on a secret: this means practicing being a better person. A better friend, sister, brother, daughter, son, etc.. Luck is sure to turn in your favor at some point in your life, and when it does, all your preparation will give you the opportunity you have been waiting for.

A 20-something-year-old showing you life through different lens. 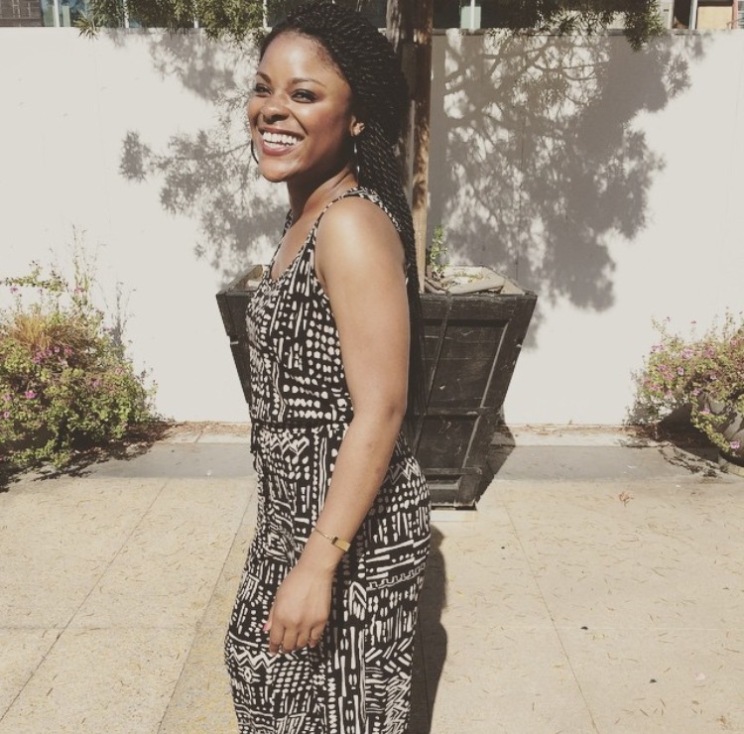